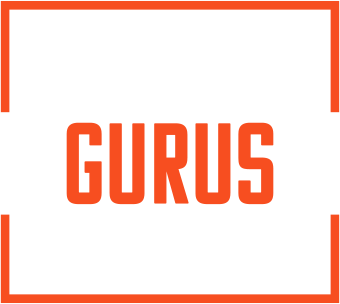 What is Bare-Metal Restore?

What is Bare-Metal Restore?

Bare-metal restore is a form of complete disk-image recovery that restores a system to a computer with an empty “bare-metal” disk drive — that is, a disk drive without operating system (OS) or applications. Bare-metal restore makes recovery very fast – you avoid a lengthy OS installation and configuration process, driver rollout, and application installation. If you have a system image created with disk-imaging software, you can reinstall and reconfigure in minutes instead of hours.

Bare-metal restore is very fast — it restores your entire environment, complete with operating system, applications, settings, data, and even the layout of icons on your desktop. It is also very easy — you don’t need to build your computer’s setup brick-by-brick. Instead, you get the entire house in one easy recovery! 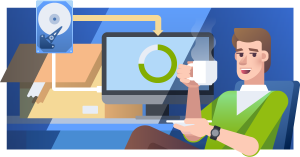 Bare-metal recovery is also very safe. If your computer is infected by a virus or ransomware, recovering the clean image will get rid of potential sources or the results of infection, including backdoors, locked or encrypted files, and other potential cyber dangers.

If you try to recover an entire disk image to a new system that has dissimilar hardware, it may fail to boot. Why is this?

When you install an operating system, the installer analyzes your hardware — your CPU, motherboard, HDD (Hard Disk Drive) or RAID (Redundant Array of Inexpensive Disks) controller, network, graphic card, etc. — and configures the operating system accordingly by installing the appropriate drivers. When the operating system boots, it only loads the drivers needed for your exact hardware.

For some devices, such as graphic cards or sound devices, changing the hardware is not an issue. You can reinstall the drivers when the system loads.

However, when it comes to the CPU, motherboard, or your HDD controller, the driver must match because the system needs these drivers to boot. These devices are boot-critical and the system will not boot without the proper drivers.

Consequently, if you create an image on one machine and try to recover it to another system with dissimilar boot-critical devices, the boot may fail since the drivers do not match.

However, this can be easily fixed by using dissimilar hardware restore technology— Acronis Universal Restore.

Dissimilar hardware restore is designed to address boot-critical hardware changes. This amazing technology can reconfigure your operating system without booting by changing settings and injecting and activating drivers to ensure the operating system boots.

Acronis invented this technology and brought it to the market in 2006. Since then, Acronis has been perfecting the technology, which now lets you restore a disk-image to any dissimilar hardware — even virtual and cloud!

Acronis Universal Restore – How It Works 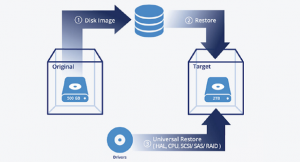 After recovering your disk-image as-is, Acronis Universal Restore analyzes the new hardware platform and tunes the Windows® or Linux® settings to match the new requirements.

Acronis Universal Restore analyzes each machine type — including the motherboard, chipsets, and hypervisor configuration — and changes the HAL (Hardware Abstraction Layer) setting of the operating system. This is especially important if your new system has a different number of CPUs or is a different CPU brand.

Acronis Universal Restore analyzes the target hardware and injects all the drivers that are required to boot the operating system. These include SATA, SAS, SCSI and RAID drivers, as well as SAN HBA. This is the most critical part of the process.

If Acronis Universal Restore cannot find the appropriate drivers in Windows, you are prompted to provide standard Microsoft® drivers. These are the same drivers you put on a flash drive or floppy disk using the Windows F6 installation method. Usually, there will be files with INF and SYS extensions.

In Linux, Acronis Universal Restore activates the driver modules that are already part of your Linux kernel.

In addition, Acronis Universal Restore disables all boot-critical hardware drivers that are not needed on the new machine. This eliminates compatibility issues.

On Windows systems, Universal Restore disables and removes the configuration of the old network adapters so you do not need to delete hidden or missing devices when configuring the network.

Acronis Universal Restore automatically changes the partition layout, boot loader settings, and boot configuration so you can restore the image of the original BIOS machine to the UEFI platform or vice versa.

Acronis Universal Restore will detect your operating system’s ability of booting on the target machine’s BIOS or UEFI platform, and will choose the appropriate method automatically – no interaction from your side is required.

Acronis automatically adjusts the partition layout, boot loader settings, and boot configuration so you can restore the image of the original MBR disk to the GPT or vice versa. The conversion works in any direction, as long as the disk and the operating system support it.

Bare-metal restore, paired with Acronis Universal Restore, is the fastest method to recover your entire PC or servers to the same or dissimilar hardware. You can even migrate your systems from physical to virtual (P2V), virtual-to-virtual (V2V), or even virtual-to-cloud (V2C).

This technology drastically reduces your Recovery Time Objectives (RTO) and reduces downtime costs, meaning that implementation of a bare-metal restore solution yields a positive Return-on-Investment (ROI) after a single recovery.